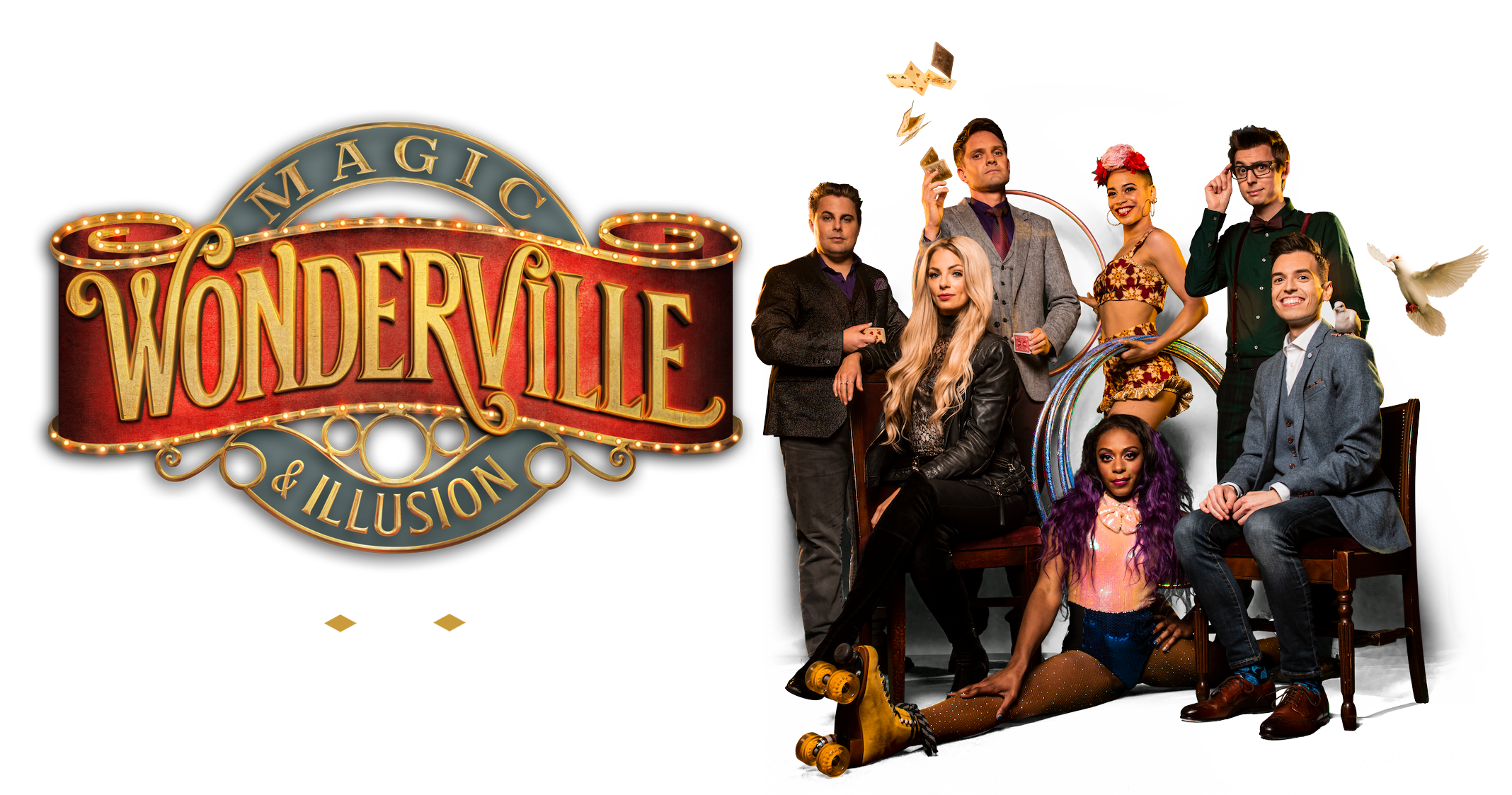 Six incredible acts. A vaudevillian journey of illusion. WONDERVILLE brings its magic to the West End this Summer.

WONDERVILLE brings together some of the greatest illusionists live on stage in a breath-taking display of magic and illusion that will electrify, surprise and leave theatregoers in awe at what they are seeing.

Don’t miss this fresh spin on one of the greatest historical art forms, magic. Five acts will appear at each performance and showcase their incredible talents. The acts are the multi-award-winning Mind Reader and TV star Chris Cox, star of Britain’s Got Talent’s Josephine Lee, stage illusionists Young and Strange and Magic Circle Champion Edward Hilsum. Amazi and Symoné are our 5th act, each playing selective performances during the run. Amazi is an international hula hooper and Symoné combines hula hooping, roller skating and dance, they both currently hold a Guinness World Record.

Be transported to a variety performance like no other – comedy, illusion, magic, entertainment and mystery make it a fun night for all the family.

You’ll be amazed, entertained and puzzled as this show like no other has to be seen to be believed!

WITH THANKS TO OUR SPONSORS FOR THEIR INVALUABLE SUPPORT

The Palace Theatre operates strictly under the government guidelines and in line with Society of London Theatre & UK Theatre's See It Safely campaign. For further information please visit the Nimax Theatre website. All bookings in a party must be from the same household or the legally defined support bubble.